Getting Rid of The Performance Review Part 2

Getting Rid of The Performance Review Part 2

In part 1 of a series of on doing away with the performance review, I mentioned the book Get Rid of The Performance Review by Samuel Colbert. Well, Ken Blanchard and Garry Ridge have also addressed this issue with their book entitled; Helping People Win at Work, which like Culbert’s book, presents a more rational way of delivering performance information.

You the reader may be wondering why I am bothering to address something that is a mainstay in the corporate arena. Why would I bother to rail against something that I once participated in and even supported during my time as a manager in the business setting? You would be right in doing so. There was a time I strongly supported and pushed and advocated for the performance review. As they say, even a blind squirrel will find a nut.

I have come to realize that if managers want to get the most out of those they supervise and manage, the very process designed to engage in discussion about performance, in reality, shuts down discussion. In fact, it does just the opposite of what it is intended to do.

Culbert is correct when he says, “performance reviews instill feelings of being dominated.” The review process is not about the individual or their performance it is about the manager letting the person know who is in charge. It is a process of turning employees into mindless yes people. Think about it, if every individual performance review were indeed about how well they were doing their job we would have more people engaged in their jobs. Instead, we have only 30% of our workforce involved according to Gallup.

Think about that statistic for a moment 1 in 3 employees are not entirely engaged in doing their job. While there is no indication of any correlation between employee engagement and the review process, it would be interesting to check it out.

While Culbert wrote an entire book on eliminating the performance review. Let me provide you with just three of my reasons for doing away with this process.

Reason 1: Most managers and supervisors are really bad at it:

Culbert points out the following:

The above statement is important and requires careful consideration. Far too, many managers were never taught the proper process for handling a performance review. They do it the way it was done for them, which usually ends up with the manager doing all the talking and little listening. Throw in that some managers are not very good at communication to start with, and what you have is what Culbert has identified as havoc with the performance review process.

To deliver an effective performance review requires that manager to understand human nature. Not something managers are comfortable with; how else do you explain the need for books like: “2600 Phrases for Effective Performance Reviews: Ready-to-Use Words and Phrases That Really Get Results.” It is bad enough that you might receive a performance review from you manager loaded with some catch phrases that supposedly are designed to generate results. You now face the likelihood of it being entirely computer generated right down to your development plan. If one thinks that any managers will deviate from that type of product, well, I have serious doubts about that happening.

If we are moving in the direction of using a Chinese Menu process for doing performance reviews, perhaps it is time to replace the process with something that is more practical and interactive.

Reason 2: Your Performance Review Isn’t About You

I know you are wondering what I’m talking about. Right now, you are saying “of course the review is about me. Why else would my manager and I be meeting to go over my review?” Think about this statement by Donald Asher author of; Who Gets Promoted Who Doesn’t” And Why:”no matter how well you do your own job, your reputation and future are closely tied to your boss’s reputation and future.” The more you honestly believe the discussion between you and your boss will focus on your performance versus what she will need you to do, you are missing the point.

Asher goes on to state: “Your boss has enormous power over you and direct impact on your success. She can credit you for successes and blame you for failures whether such credit or blame is warranted or not. She has control over your reputation both informally and formally.” Are you getting the picture now? What you have come to believe about the review process –that it is about your performance – is not entirely accurate. Ask yourself this question, why is it people who love their job leave? It is a recorded fact people leave not because of the work but because of their managers.

So if the performance review process isn’t about you then what is it about? We’ll discuss that in a moment.

Too many performance review discussions do not reflect reality. The manager’s focus is much narrower than the subordinate’s. She is approaching the meeting from what she last remembers from three months ago. The subordinate is approaching it from a more in-depth look, that usually covers the entire year. Thus, we have what I call, a performance review not reflected in reality.

The subordinate is expecting a discussion on his activity for the entire year, which by the way it should be, after all, this a yearly performance review. Instead, they find they are being rated on only the last three months. For them, that is not reality.

Consider a different example. The manager and subordinate discussing the latter’s performance review, during the discussion the manager brings up an objection to how her project manager handled a particular situation claiming he did not show good management judgment. For that reason, she would rate him a 4, throwing off his performance review that consisted of all 5’s until that one and only 4. The issue in question was minor in this sense, the situation she referenced involved an employee of a subcontractor that was on the peripheral of the overall project. Apparently, the individual in question made some offhanded remark that reflects negatively on the company. The manager felt that her direct report should have handled it better than he did. When he explained what he did when he found out, and that the comment was made at a bar with friends. The manager still insists he should have done a better job of dealing with it. Well, that is a situation where the manager has no sense of the reality of the situation, and the rating is more about not wanting to give a perfect review of all 5’s because she knows HR will question her and she doesn’t wish to deal with them.

These three reasons are why I’m in favor of eliminating the performance review/appraisal cycle. I have others which I will share in a follow on post.

Fast Company reported that six companies are redefining their performance process. HBR in its 2016 October issue writes about how companies are reviewing what they call “rite of corporate kabuki” that restricts creativity, generates mountains of paperwork, and serves no real purpose.” As they considered eliminating the performance review process and replace it with instant feedback that is tied into the employee’s goals.

Advocating for the elimination of the performance review has been around for some time, but, it seems now with the change work is being done, it may finally take place. Schopenhauer said the following:“All truth passes through three stages. First, it is ridiculed. Second, it is violently opposed. Third, it is accepted as being self-evident.”

I think it is self-evident the time has come for the Performance Review be put out of its misery. 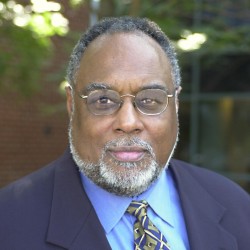